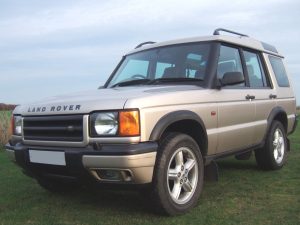 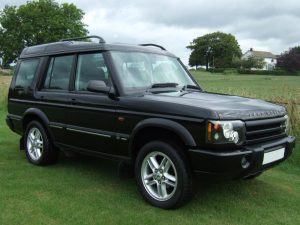 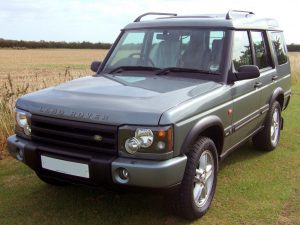 A potential Land Rover owner recently contacted us with a great question about buying a Discovery Td5. There are a lot of these vehicles around at low prices these days but are they worth it?

I know you guys have been around for a while and everyone I have ever known with a Land Rover swears by you guys.  Now I keep hearing that a Discovery 2 Td5 manual among all land rovers are just money pits! I really want to take the plunge and buy one but what advice would you guys give to a new buyer.

As you are thinking of taking the plunge and buying a Land Rover, here are some of our thoughts of what to look for when buying a Land Rover Discovery Td5, based on a great deal of experience with these vehicles since they launched back in 1998.

Discovery Td5 vehicles are getting a bit long in the tooth now and, whilst they are intrinsically a pretty good vehicle, age related issues are starting to rear their heads.

Look out for corrosion, especially at the back-end of the chassis, but also sills, bulkhead and other areas of the inner frame. This can be expensive to repair. We can now supply the rear quarter section of the chassis.

Cylinder head failure is now quite common, and it is very expensive to buy a new head. Repair of a head does not work in our experience. Symptoms are fuel in the oil, noticeable by checking the oil level on the oil dipstick isn’t too HIGH. This will often indicate either cylinder head internal failure, but can also be due to fuel injector sealing washers failing causing fuel to leak into engine, which is a much less expensive repair.

If buying a manual gearbox model, clutch and flywheel wear can lead to expensive bills. Automatic gearboxes can fail, especially if the engine has been re-mapped for more power, as this tends to prematurely wear the auto ‘box.

More general issues with the Discovery Td5 range are;

Unlike the earlier 200 Tdi and 300 Tdi models, the Discovery II Td5 model is not quite a ‘DIY’ Land Rover, and some jobs are best done in a specialist workshop with the required diagnostic equipment and expertise.

Buying a vehicle with a comprehensive service history is always advisable, but be prepared for repair bills which are bigger than those for the older, less technically sophisticated Land Rover Discovery vehicles of earlier years. However, just because we’ve listed some fairly major potential failings, it doesn’t mean that all (or any) of these will befall your potential new steed!

It’s fair to say that we here at Famous Four, along with many modern era Range Rover owners, rate the TDV8 series of engines very highly with their plentiful power, huge torque and relatively(!!) frugal fuel economy for such a big power unit. Like any engine, though, sometimes things go wrong and the TDV8 is no more immune than any other powerplant fitted to Land Rover’s range.

Land Rover only fitted the TDV8 engine in the Range Rover Sport (first generation) from 2007 to 2010, leaving the range without V8 diesel option for the last three years of its life. When you undertake major engine work on a 3.6 Litre TDV8 model it’s easy to see why, the big V8 diesel engine occupies close to every square inch of space in the engine bay!

No better is this illustrated than when you change a turbocharger on one of these beasts, a task our workshop were given recently. Our intrepid technician, Luke, began the mammoth task of lifting the body off the chassis to access the engine and turbocharger. As involved as this sounds, the Discovery 3/4 and Range Rover Sport of this era were designed to facilitate this, with the electrics, ancillaries and pipework all conveniently disconnecting between the body and chassis. Upon removal of the easily located mounting bolts, the entire bodyshell lifts off with the help a workshop lift located under the jacking points. It’s a job we have done quite a few times on both models to change engines and parts that are not accessible from the engine bay or underside.

As you can see from the pictures of the bodyshell engine bay area, and the engine sitting on the chassis, the engine is a mighty tight squeeze! The turbochargers, there’s one per bank of cylinders, are tucked down and away under the body on this model meaning a body-off lift is the only way to access them. The pictures of the old turbo vs. the replacement unit clearly show a major failure. Although not visible, there was a huge amount of slop in the impeller shaft, showing a total failure of the bearings, resulting in oil escaping into the inlet tract of the engine. This usually leads to contamination of the intercooler and intake hoses meaning not only a turbocharger change but also a lot of cleaning to do. Thankfully the hoses are removed anyway, and the radiator/intercooler assembly is easy to get to without the body in the way. The turbocharger itself is nestled at the back of the engine, packed very tightly into place as can be seen.

While jobs like this might appear daunting at first glance, patience and a methodical approach are the order of the day. At Famous Four our technicians are trained and qualified to carry out every job from a routine service to complex jobs such as these, as well as detailed and exacting restoration work. We pride ourselves on quality work at affordable prices and hope we can help you care for your Land Rover or Range Rover.